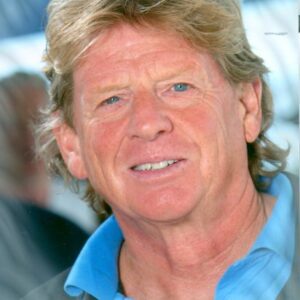 Quintessential Queries for the Querulous Editor

Quintessential Queries for the Querulous Editor

Successful freelance writing is not just about writing. It’s primarily about marketing and making money. And the first step is contacting the editor with a tight, powerful five-paragraph query.

FIRST PARAGRAPH – Your opening should do what every good marketing executive knows: Give a free sample. In this case give a sample of your writing to intrigue the editor. A good practice is to start with the lede to the article you are proposing.

Here’s one that I have used for a fishing article: When my guide met me on the dock, he asked, “Do you want to go fishing…or do you want to catch fish? There is a difference.” That provocative quote helps propel the reader into the next sentence.

Something descriptive can work well, like this beginning for a query about sailing in Tahiti: Two slab-sided peaks jut above the tropical sea’s horizon. The silhouettes, blurred by the trade-wind haze, push into billowy clouds tinged with a pale green from the emerald slopes. No wonder sailors describe their approach toward shrine-like Bora Bora as a pilgrimage. In a couple of sentences, I’ve shown my writing style.

For cross-country skiing in Yellowstone: “Would you rather be among three million people who visit the Park in summer or just 100,000 who arrive in winter?” asked Rick Hoeninghausen, director of sales and marketing for Xanterra Parks & Resorts, which runs concessions in Yellowstone National Park. “With fewer people, it’s quieter in winter; there are no cars; and animals are easier to spot against the snow with no leaves on the trees to block views. Herds come down from the mountains and you see more wildlife in the meadows: bobcats, antelope, foxes and bison.” This pithy quote delivers the high points of the proposed article.

SECOND PARAGRAPH – The next part of the pitch should describe the article. For the cruise in Tahiti: I propose an article about a bareboat charter cruise on a 42-foot Beneteau. Our route starts in Raiatea and encircles the leeward islands of Huahine, Taha’a, and Bora Bora. We, a family of four with two teenagers, combined a week of ocean sailing with….

These few sentences explain it’s a family trip and describe where we cruised.

THIRD PARAGRAPH – Now, explain your qualifications to write this article. It could start as follows: A life-long, blue-water sailor, I have chartered yachts in most of the world’s great cruising grounds, and my articles have appeared in Yachting, Sailing World, Pacific Yachting and other sailing publications in North America, Europe, and Austral-Asia.

FOURTH PARAGRAPH – Communicate relevant personal background such as where you live, affiliations with writers groups, awards and professional recognition received, and educational background.

FIFTH PARAGRAPH – Add information such as the types of photos you could supply, maps of the region, and an offer to include an informational sidebar about how to get there, customs requirements, land accommodations, and everything people need to know in making a similar trip.

FOLLOW-UP – You may not receive a response from the editor for quite a while. After four or five weeks, it’s perfectly acceptable to send a follow-up email. This will trigger the editor’s memory to search in what is undoubtedly a crowded inbox to dig out a response.

The how-to books say you should send only one query to one publication and wait for a response before sending it to a second possibility. The concern is to avoid the risk of two publications both accepting your article.

This is a bad strategy, because it could take months to place a piece if you have to wait through one rejection after another until your article finds a home. I send queries simultaneously to all potential outlets.

And if they all accept…You’re a great writer. Of course you can write about the same subject with various angles, different voices, and in many alternative styles.