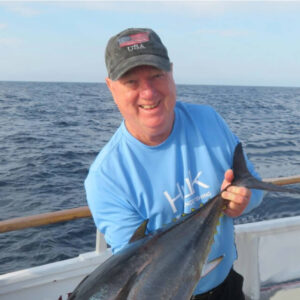 Outdoor Californian of the Year 2023

Each year since 1993 Outdoor Writers Association of California has presented the prestigious Outdoor Californian of the Year award (OCOY) to one candidate who has shown outstanding outdoor accomplishments. The OCOY honors an individual working to improve awareness and protection of California lands and waters, wildlife and fisheries, fields, and forests, through a dedicated personal effort.

Past honorees making a difference have been advocates, educators, scientists, protectors, innovators of climate-related technology, teachers, biologists, politicians, land agency managers, and everyday citizens who work at restoration of California outdoor resources. Recipients have made great strides by improving awareness of California outdoor recreation through their work effectively communicating their missions, progress, and results to the public.

OWAC members are asked to read the following biographies and vote for the person they believe is the most deserving of this award.

Check your e-mail for a  SurveyMonkey voting link.

Read about the candidates below:

As the Vice Chair of the Sierra Club California Executive Committee, Davis provides a voice in the State’s capital, working to achieve strong climate and environmental action at the State level and western region.

“I have known Katie Davis for over a decade, watching her interest and impact grow over the years: first as a spirited executive, wife, and mother – blossoming into an energetic, effective, and educated force for the environment throughout California and the West,” said nominating OWAC member Betsy Senescu.

Katie has said, “One of the gravest threats to the health of our environment is our rapidly changing climate, so my emphasis has been on efforts to reduce emissions from burning fossil fuels.” Her aim is to encourage jurisdictions to set 100% renewable energy goals and halt the worst forms of tar sands oil expansion.

Some of Davis’s other significant accomplishments include:

Hosting and organizing the largest ever in-person fundraiser for Sierra Club CA; helping win the adoption of a measure to shift Santa Barbara County to 100% renewable energy by 2030 – including EV buses and county cars. Facilitated the redirection of energy production to a solar-powered battery farm. Her efforts also halted offshore oil expansion and decommissioning of three oil rigs and 18 wells.

Katie is charming, smart, effective, and passionate about protecting and improving California for all and is a worthy candidate for this honor.

Thank you, members, for your time and consideration of the nominees.

For more than 50 years Ken Denton has been touching lives through his passion for California Lepidoptera; its preservation and history. His discoveries and much of his work has been documented in the Journal of the Lepidopterists’ Society.

“Ken’s selfless work has been focused on showing what can be done with a better understanding of the incredible variety of Lepidoptera species in California,” said OWAC’s Executive Director Bob Semerau. “No individual has been more dedicated to achieving understanding and appreciation for this often-overlooked part of the California Outdoors. His love of all things fluttery has given meaning to his life and enriched those who have encountered his work with a better understanding of the natural world.”

Much of Denton’s work has been cataloging and preserving species that might otherwise have been overlooked. One collection was donated to the Smithsonian. In recent years another came to the attention of the Santa Barbara Natural History Museum.

Denton resides in Laguna Beach where he exhibits as The Butterfly Man at the Laguna Beach Sawdust Festival. The festival program educates people on butterfly farming versus the devastating practice of wild collection for commercial purposes. These efforts can, over time, determine which are becoming threatened and in need of protection.

The depth and breadth of Denton’s understanding of California’s butterflies and moths will allow those viewing the exhibits to let their imagination take wing while gaining a true appreciation for the natural world. Denton’s love of California and the creatures that inhabit the outdoor world shows clearly in his efforts to preserve and share his passion with others.

Steers has been the Executive Director of Friends of Big Bear Valley for the past 22 years. The organization’s mission is to protect and preserve the amazing natural local surroundings through environmental education and advocacy.

She established eco-tourism in the Valley helping people understand that they can support the local economy by promoting the natural surroundings and protecting them rather than destroying them for commercial gain. Education programs for classrooms also teach children about wildlife and nature.

“Sandy Steers truly exemplifies the spirit of the outdoors through her efforts to conserve the natural environment while helping to enhance and expand opportunities for outdoor recreation in California,” wrote nominating OWAC Member Barbara Steinberg. “Her efforts to preserve nesting sites for Big Bear Lake bald eagles and open space in the region including helping to save a rare pebble plain and a threatened paintbrush flower which is listed on the federal and the state endangered list, and only exists in Big Bear Valley.”

Steers has played a key role in the observation and study of local environmental issues and changes in Big Bear Valley, including becoming a “host” to a nesting pair of bald eagles. Her efforts saw the installation of the bald eagle nest live camera that educates and captivates people across the world via the official website.

According to Steers, “The biggest thing we’ve done is to connect people with nature. I get emails from people that they didn’t realize how hard it was for nature to survive and that they are noticing wildlife more. Giving them a place to have hope.”

According to nominating member Tom Raftican, Uyeda’s volunteer efforts are extensive and exceptional. “Over the past half-century, he has literally provided thousands and thousands of hours in support of California’s outdoors and outdoors community,” Raftican wrote. “His work with both habitat enhancement and kids’ fishing programs goes back to the 1980s and carries on today with “Fun in The Sun.” His work ethic has made California a better place to raise kids over the last half-century.”

In the 1980s, Uyeda began volunteering at Lake Cachuma working on creating and placing lake habitat. This led to more volunteer hours with fishing clubs and countywide organizations while maintaining his focus on habitat and children’s fishing programs.

In the most recent 14 years, he has led the United Way of Santa Barbara County’s outdoors element of their “Fun in The Sun” program for disadvantaged kids. The volunteer manager, without a big office or a fancy title, gets 350 kids out fishing at Lake Cachuma and the Goleta pier each summer. Throughout his years of volunteering, Uyeda has consistently been voted into leadership.

To ensure the success of the program, he spends weeks setting up logistics, recruiting, and organizing local fishermen to help out. In addition to administrative duties, (logistics, rods, reels, bait, etc.) he leads student instruction, mentoring, and even clean-up.

PrevPreviousCalifornia’s Redwood Coast: Now I lay me down to sleep at Inn at 2nd & C
NextDouble Haul Ball 2022Next
Join
Renew
Donate
Subscribe
Write to us
Submit a Post
Update my profile