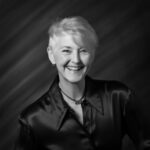 Our world is a world of wonder. Our big backyard is especially wonderful.

There are few places in the world where evidence of the natural history of a region is more obvious and interesting than in the Eastern Sierra. The forces that have shaped our world have produced an astonishing assortment of observable characteristics that give us insight into the creation of this part of our planet. These distinctive features present an opportunity to view, firsthand, the results of these forces. Aspects of nature that seem improbable and unexpected are wonderous and beautiful. Elements of geography and topography that appear inconsistent and disrupted have logical explanations. Everything here has happened for a reason and we are witness to the wonder of nature.

This land, before time was measured and records were kept, was very different to what we see today. What is now the western USA was once separated from what is today the eastern USA by a massive inland sea. As the region dried, and the earth lifted and dropped and exploded, it developed into what we see today. It continues to crack, and warp, and shape our landscape. The Eastern Sierra, unlike so many other primordial lands of the world, remains relatively untouched by human interference. It is still wild and diverse, with massive mountains and deep valleys. And most of it is freely and easily accessible to everyone.

The Eastern Sierra is made up primarily of two counties, Inyo and Mono. Inyo County, the second largest county by area in California, and its northern neighbor Mono County (pronounced moh-no) are two of the least populated counties in California. Together these two counties cover just under 10% of the total land area of all of California. Within that, a staggering 99% of land in Inyo County and 93.6% of Mono County is designated as public lands. This adds up to an incredible amount of beautiful and diverse land for adventure and exploration.

Bishop is the largest town along the highway corridor that runs through the Eastern Sierra and it’s situated pretty much right in the middle of the region. Death Valley National Park is a little over 150 miles south (almost all of it entirely within in Inyo County) and the gateway to Yosemite National Park is little under 150 miles north.

We like to say Bishop is, “Halfway between heaven and, well … heaven!”

Visit us virtually. Our Natural History page is an exploration into many of the most fascinating features of the Eastern Sierra landscape.

Death Valley, despite its macabre name does, in fact, sustain a large variety of life. The sheer size and diversity of its terrain creates opportunity for plants, animals and insects to survive and thrive in a seemingly hostile environment. It’s also where the lowest point on the North American continent sits at 282 feet below sea level. It is known as Badwater Basin. The Eureka Dunes, the tallest sand dunes in North America, lie in an enclosed basin at 3,000 feet above-sea-level. These dunes cover an area about 3 miles long and 1 mile wide and rise to about 680 feet off the valley floor. The mighty Sierra Nevada was once thought to be one of the youngest ranges on the planet, but it is now believed to be at least 40 million years old and it’s still growing. It holds the highest peak in the contiguous USA, Mt. Whitney at 14,505 feet above sea level. Below it is the Owens Valley, an impressive rift valley within the Great Basin, the largest endorheic basin the USA. The Owens Valley is considered the deepest valley in the United States.

The planet’s oldest living things live here high on a mountaintop and some individuals are almost 5,000 years old. Massive boulders, some 40 feet high, are scattered around a hillside miles from where they first formed. Colossal columns of rock in near-perfect geometric shapes form a huge buttress that look as if they were laid by the hand of a graceful giant. A line of volcanic craters, domes, and cinder cones are connected by geography, but separated by time of over 200,000 years. The youngest being only about 170 years old. And a large lake, too salty for fish life, harbors trillions of brine shrimp and brine flies that are food for the millions of migratory birds that flock to this region. This is Mono Lake, which is believed to be at least one million years old – the oldest lake in North America.

This is a land of superlatives. It is a huge, ancient, and mostly wild land of contrasts and extremes.

These are just some of the many magnificent features outlined in our Natural History page that could guide you through our world of wonder. Planning for a visit here is key to creating your best adventure. Visit our page, follow the links, study the maps, review the stories, and call us (760-873-8405) with any questions you may have. We have local experience and knowledgeable staff on hand to discuss your dreams, learn your goals, and help you create the best experience possible.

We can help you Choose Your Own Adventure for when the time comes to venture out.

Gigi is the travel writer for the Bishop Area Chamber of Commerce and Visitors Bureau. Other works have been published in California Outdoor, the official publication of the California Department of Fish & Wildlife and SierraWave.net, local news in the Eastern Sierra. She publishes a travel blog of her stories about Bishop and beyond. Her skills also include graphic and web design. She is the site administrator for OWAC.org and editor of OWAC Outdoors, a bi-monthly newsletter.
Author's Archive
Author's Website