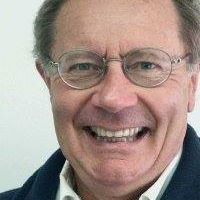 Tom Martens wins two first place and one second place in award in the OWAC’s annual Excellence in Craft Awards for 2020.