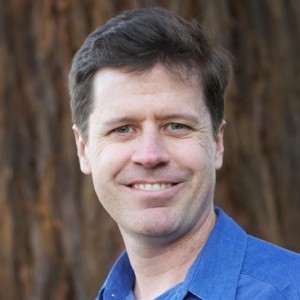 Despite hardships, the outdoors saw good news in 2020

As the coronavirus sent people running for cover last spring, Joe Owen ran to help others. The Danville soccer coach trotted up Mount Diablo (13 miles and 3,400 feet of climbing) every day in April to raise more than $4,400 for a local food bank. “I am really proud of what this has accomplished,” he said. “This has taught me that you can dig so much deeper into yourself.”

For those of us who believe in positive thinking, 2020 put that philosophy to a test. One year saw enough bad news to fill a decade as wildfires broke records in California, racist violence set off nationwide protests, and COVID-19 ravaged the world.

But those searching for good news could find plenty in our great outdoors, which gained new appreciation from many cut off from indoor activities and international travel.

Four California cyclists biked from coast to coast on a journey of discovery. Three recent high school graduates and their slightly-older former teacher rode 3,614 miles, climbed 155,706 feet, averaged 69.5 miles a day and repaired 65 flat tires. “Everyone we encountered was so kind to us and so welcoming. It showed me how we’re all just human. I would never trade the experience for anything,” said Dasha Yurkevich, 18. Experience their adventure at instagram.com/youthbikeamerica.

Members of Fremont High School’s football team helped a wheelchair-bound climber summit Mission Peak. “May we all turn our dreams into reality and may we all be there to help each other out,” said coach Cedric Lousi.

Lia Ditton, 40, rowed alone from San Francisco to Hawaii in 86 days, breaking the world record by 13 days. “I was alone but rarely lonely,” she recalled. “My bird, fish and even shark visitors kept me fascinated, and I found joy in bringing these encounters alive for my followers through my blogs and videos.” She’s preparing for a 2021 trans-Pacific trip to Japan, which no one has done without assistance.

Thousands of firefighters risked life and limb to protect our forests and the public. Among them were Miwuk and Mexican firefighters who protected Sierra Nevada forests even though 19th Century American “settlers” violently drove their ancestors off their homes in these lands.

Endangered California condors continued their remarkable recovery. Although the Dolan Fire sadly killed condors near Big Sur, rangers and wildlife volunteers rescued a chick from a nest directly in the fire’s path and found two others which survived the blaze. Condors flew over Sequoia National Park for the first time in nearly 50 years this summer. Ventana Wildlife Society released 11 of the scavengers into the wild in fall, and both Pinnacles National Park and the Yurok Tribe are preparing to release more next year. Nearly extinct in the early 1980s, 22 captive condors have grown into a population exceeding 300.

Matthew and Arabella Adams, the five-year-old “Super Hiking Twins,” became the youngest known climbers to reach the summit of Mount Shasta. They had a little help from their parents, Shaun and Nancy Adams. “They couldn’t wait to get to the top,” said their proud father.

California and Oregon revived a stalled effort to remove four dams on the Klamath River. This agreement aims to restore hundreds of miles of salmon habitat and access of the Karuk and Yurok tribes to their sacred sites. Officials and the Native American groups hope removal can start in 2023.

Civil rights activists created a Ride Against Racism which challenged cyclists to climb 50,000 feet on their bikes in 50 days. Twenty-six riders participated and raised money to support the Tribal Historic Preservation Office of the Washoe in the Lake Tahoe area. Read more about them at ridersagainstracism.org.

If this scribe can share a few personal anecdotes, outdoor excursions kept me sane and even reasonably happy in 2020. I enjoyed climbing 30 mountains, often with old friends, to complete my upcoming guidebook, “California Summits.” I loved hiking a segment of the Pacific Crest Trail with my goddaughter Linnae. A hike and short climb atop Mount Diablo with my family, including my mom Diane, ranked as my favorite outing of the year.

Public lands provided the setting for countless people to improve themselves and help others. Making this possible were thousands of rangers and staff who worked overtime to keep parks open during the pandemic, even as visitation sharply jumped. They deserve our thanks, as do all who stepped up to fight wildfires, racism and COVID-19 in 2020.