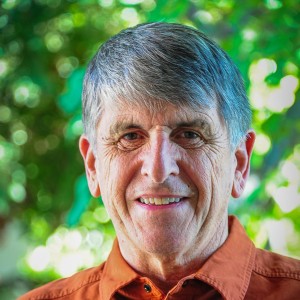 Ebikes – The Anyone Can Do It Adventure

When 40-something Elissa Unton of Manhattan Beach, CA was asked to organize a destination adventure for friends who would join her in Paso Robles, CA she faced the dilemma of finding something active that everyone in her travel party could do. To her delight, the Paso Robles Tour Co. rented e-bikes.

She admitted that riding an e-bike back home on L.A.’s busy streets often was intimidating, but on Paso Robles’ less-traveled country roads which curve through rolling, bucolic vineyards, “It was great … a nice option for our group.”

Elissa’s companions included “really athletic types, who didn’t turn the motor on hardly at all,” and others who “just used the throttle 100% of the time. Ebikes are perfect for people like us, who like to incorporate activity into every trip.”

The popularity of e-bikes as a means of urban transport has encouraged entrepreneurs to offer them to visitors, making e-bike rental shops now common at many destinations.

There are three types of e-bikes: Class I (with pedal assist up to 18 mph), Class II (same as Class I, but with a throttle, so you don’t have to pedal) and Class III (pedal assist up to 28 mph – designed for urban commuting). Most shops rent Class II e-bikes because they appeal to people who like some exercise and those who because of age, physical condition or comfort want the option of cycling sans pedaling.

Pedal assist means that when you turn on the e-bike’s power, the bike supplements your pedaling with a little boost of power, making it easier to climb hills and ride further. Turn off the power and the bike is like any other, except it weighs 20 to 50 pounds more because of the battery.

The assistance given by an e-bike makes it possible for people of average physical condition to ride 15 to 30 miles easily, and that turns most routes, particularly those on separated Class I bikeways or quiet roads, into adventures that just about anyone can enjoy.

Erik Hormann, a retired San Francisco tour operator, founded the Paso Robles Tour Co. three years ago and recognized that his customers wanted more than simply renting bikes. So, he created tours that head straight into Paso Robles’ history with stops at a Spanish colonial mission, the warbird and race car museum and an 1840s adobe. Breweries and wineries are also on the destination map along with directions to less-traveled routes leading to fine places to dine.

For a fee of $65 a day, Hormann delivers bikes to guest vacation home rentals each morning and picks them up at the day’s end. That’s unusual for e-bike destination companies. At most destinations, bikes are rented from shops near a scenic route or trail.

Hormann’s approach works in Paso Robles, where Air B&B lodging reigns, allowing guests to spend their day exploring rather than waiting to pick up or drop off the bikes.

On delivering the e-bikes, a little orientation is needed about how to turn the bike on and off, adjust its seat to fit the rider and set the various power modes.

Most e-bikes have three power settings: eco, which gives the least assistance but also allows the bike to go further on its charge, a mid-range setting called sport or tour and turbo, which takes minimal effort to pedal, but uses up the battery quickest.

A full charge will allow an e-bike to travel 35 to 70 miles, depending on which power setting is used and how much climbing occurs. There’s usually more than enough battery power for a day’s tour, but if midway through your ride the battery charge falls below 50%,  reduce power to eco and there’ll be enough remaining to make it home without unassisted pedaling.

Most e-bikes easily can reach a speed of 18 mph. But on an empty road on a sunny day, riders are tempted to go faster. Photo by Nic Coury

Saddle bags called “panniers” are a useful addition if going wine tasting or shopping, says Hormann. “One guy bought a case, then stuffed his saddle bags with so many wine bottles that his bike looked like a pregnant goat.”

In Winter Park, Colorado, it’s advisable to wear a day pack and carry a camera on rides along the Fraser River Trail. There, between Winter Park and Fraser, abundant numbers of moose, mule deer, eagles, beaver ponds and occasional black bear are seen. Katherine Mowry of Epic Mountain Sports says alpine scenery and wildlife are attracting e-bike riders, “who are a bit older yet want to keep biking and keep up with younger riders in their parties.”

GO WITH THE FLOW

Logan Lisle of South Tahoe Ebikes describes his typical renter as “between 30 and 50 years old – occasionally older, because they might have had knee surgery. Others just want to sit and pull the throttle and have a blast.” Lake Tahoe’s 6,200′ elevation doesn’t seem to motivate many cyclists to rent an e-bike, though it does at Winter Park, which soars to over 9,100 ft. At high altitude the e-bike’s pedal assist is appreciated.

From the South Tahoe E-bikes’ rental shop on the southwest shore of the lake paved roads and bike trails skirt the turquoise and cobalt-colored lake passing Pope, Kiva and Baldwin beaches. Once across a two-lane highway, the trail continues west to scenic Fallen Leaf Lake. Another trail runs east from the rental shop along the south shore toward Stateline, NV’s concentration of shops, restaurants and casinos.

Class I bike paths provide ideal riding conditions since the bike trail is separated from vehicular traffic. In Sacramento, the American River Parkway’s Class I Jedediah Smith Memorial Trail (named after the first American fur trapper to explore the route) provides 32 miles of separated path through a beautiful river corridor. Enjoyed by eight million users each year, the trail starts in the ornate Gold Rush town of Old Sacramento and continues east beneath a canopy of majestic Valley Oak, California buckeye and bigleaf maple before reaching Folsom Lake.

One of the American River Parkway’s gems is the 13-mile Lake Natoma Loop, which circles a stretch of placid water known for rowing competitions, bald eagle nesting areas, kayaking and picturesque bridges. The loop trail leads to Folsom, an historic 1850s Gold Rush town with wooden sidewalks and shops that look as if they predate the Civil War. A favorite is Karen’s Bakery, famous for its coffee, pastries and California fare. Nearby, Pedego’s Practical Cycles rents e-bikes for $25/hour. Figure two hours to do the loop at a casual pace or an hour, if you don’t stop to take in the scenery.

E-bikes typically rent from $25 an hour to $90 a day. Several companies include guided tours. One of the most scenic in California is Big Sur Adventures‘ Coastal Monterey Tour from Cannery Row to Lover’s Point. At $74 per adult ($59 for youth), it promises breathtaking views of crashing surf, wind-swept cypress trees and lots of seals and sea otters.

During a 10-day tour of western Ireland, last year, climbs and distance melted away for me, just with the push of a button.

On that Ireland ride, the e-bike made it easier to appreciate the country’s emerald countryside, linger a bit longer and take scenic detours to ancient ruins. Others on normal bikes were forced to pace themselves to prevent exhaustion.

After we’d climbed a punishing incline beside the wind-swept Irish coast, a fellow rider said, “I couldn’t figure out why you weren’t struggling up that hill when I was killing myself. Then I realized, ‘duh … he’s on an e-bike!’”

On another day, I got separated from the group but decided to explore side roads and ride through Irish villages full of thatched cottages because I was confident the e-bike would get me back in time for dinner.

The one thing that threatens the growth of rental e-bikes is their notoriety for being ridden too fast. Class I bike trails are often limited to a 15 mph speed limit. While Class I and II e-bikes have a top speed of 18 mph, they can exceed that when pedaled hard or descending. And it’s tempting for renters to want to “take this baby out for a spin and see what it can do.”

Though regular bicycles can go faster, e-bikes often get a bad rap because of a few irresponsible riders who want to experience just how fast the bike can go. Shops do their best to inform renters about speed limits, but once out the door, that advice can be ignored. Says Lisle, “I just think it’s a matter of cracking down on the people who are going just crazy fast.”

The NPD Group, an American market research firm, estimated total sales at one million for 2021. According to data from Bloomberg and Deloitte, e-bikes outsold electric cars in the U.S. and in Europe in 2021. Indeed, U.S. e-bike sales are expected to reach three million annually by 2025, according to LEVA.

As more cities add designated bike lanes, the use of e-bikes for shopping and commuting should increase. Nearly half of all American vehicle trips are under three miles, according to household travel surveys conducted by the Federal Highway Administration. Most people consider five miles a reasonable distance to travel on a bike. But thanks to their motors, e-bikes make even ten-mile errands easy.

One factor limiting ownership is the price. E-bikes can cost anywhere from just over $1,000 to well over $10,000. Advocacy groups at federal and local levels are lobbying for e-bikers to receive tax breaks and incentives similar to those accorded buyers of electric cars.

Some e-bikes like this $5,200 model from YubaBikes are specifically designed to haul cargo weighing up to 400 lbs. in urban environments.

The pressure appears to be working. California has a statewide e-bike subsidy. Denver now rebates up to $1,700 for the purchase of an e-bike, with half reserved for lower-income applicants. Ebikers also benefit from one New York City program that provides free helmets.

Even if you don’t buy an e-bike yourself, you can rent one in cities across the country through bike-share systems, an option that has proven popular in New York, Austin and Cincinnati. Data from 2021 shows that, in cities with e-bikes in their bike share programs, people were 36% more likely to travel with power than without, according to Ash Lovell, electric bicycle policy manager at the national industry trade group People for Bikes. The popularity has led cities including Nashville and Madison, WI to replace their entire fleet of rental bikes with e-bikes.

More and more long-distance bicycling routes are being developed or proposed and there’s little doubt that e-bike tour and rental companies will soon follow.

Eventually, the US Bicycle Route System will connect the entire country, similar to the interstate highway system. Already, the Great American Rail Trail travels 3,000 miles from Washington, DC to the Olympic Peninsula. And, USBR 50, the first U.S. Bicycle Route in California, will travel from San Francisco to Washington, DC along the route of the Lincoln Highway (US 50), the nation’s first trans-continental highway.

While e-bikes now are limited by battery range – up to 80 miles with energy conservation and 120 miles with a battery extender – group e-bike tours eventually could make anyone can do it coast-to-coast cycling accessible to all.

John Poimiroo is a travel writer/photographer living in California’s Sierra Nevada near Sacramento. He is the author of two previously published EWNS stories on cycling, both of which won Excellence in Craft Awards from the California Outdoor Writers Association.