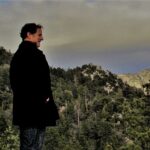 A Visit to the Wild Side of Tuolumne County

We always begin our visits keeping in mind who were the Native People in the area and pay tribute to their role in stewarding these lands for generations. The first-known inhabitants were the Mi-Wuk People (also spelled Miwok) who in 1806 encountered a band of visitors who would change everything, the Spanish Moraga Second Expedition to Central California.

Known as the “Queen of the Southern Mines,” the City of Sonora, one of the oldest in California, was established in 1848 by miners emigrating from the State of Sonora, Mexico. Sonora’s “Mother Lode” prosperity during the late 1800s and early 1900s is evidenced by many of historic homes and buildings found around town today.

In 1986, Sonora was chosen as one of the first “Main Street” cities in the State of California. Working with the National Trust for Historic Preservation the revitalization of the city’s historic downtown has come a long way. Charm abounds with narrow streets and second-story porches, as the Sonora Opera Hall, Tuolumne County Museum (originally a jail), and the Tuolumne County Courthouse all date back to the 1800s.

As part of our exploration, we spun out toward Indigeny Reserve on the edge of town to imbibe their organic hard ciders, located on a 160-acre preserve. We tasted a flight of their multiple flavors out next to the orchard and walked away with too many bottles of tart and sweet ciders and orangecello. As well, there are multiple breweries and wineries in the region that can keep your spirits up, including Gianelli Vineyards Winery and Around the Horn Brewing Company.

We took a morning drive with the folks at Echo Adventure Cooperative out of their Groveland Basecamp to see the giant sequoias of Yosemite in the Tuolumne Grove. This is one of three groves in the park to walk among these giants. While whitebark pine, western juniper and Douglas-fir can live more than 1,000 years, giant sequoias can live more than 3,000 years. The other groves are Merced a couple of miles west and Mariposa near the southern park entrance. Tuolumne Grove contains about two dozen mature sequoias, reached by an easy 1.1 mile hike along the Old Big Flat Road, a narrow, paved route no longer open to vehicles.

Low-intensity surface fires by lightning have occurred frequently in Yosemite’s sequoia groves, leaving them well-adapted to survive repeated fires. However, hotter droughts as a result of climate change in the last decade have affected the health of sequoias, with high-intensity fires killing many, and the droughts leading to native bark beetle infestation and foliage dieback. Thus, methods to restore and reforest these groves are vitally important.

The Conundrum of Hetch Hetchy

After sequoias, Echo Adventures took us down the steep road to Hetch Hetchy, the beloved valley that John Muir’s fought for, inundated by the dammed Tuolumne River for the thirst of San Francisco. For generations, Central Me-Wuk, Southern Sierra Miwuk, and Mono Lake Paiute people made this area their home, accessing the higher mountains for trade routes and summer encampment. We took the moderate five-mile round trip hiking adventure at O’Shaughnessy Dam, through the mountain tunnel and along the reservoir to the 1,200-foot Wapama Falls. The Tuolumne River in Yosemite’s Hetch Hetchy Valley was dammed and inundated nearly 100 years ago, but the prospect of draining the reservoir continues to generate conflict between outdoor-recreation and drinking water for San Francisco.

Same as today, the Hetch Hetchy project was unpopular with early 20th century environmentalists. John Muir was quoted as saying: “Dam Hetch Hetchy? As well dam for water tanks the people’s cathedrals and churches, for no holier temple has ever been consecrated by the heart of man.”

We made a visit out to Columbia, which is an old Gold Rush town made into Columbia State Historic Park. It celebrates the rough-and-tumble 1850s, with some subtlety for an off-peak fall day during a pandemic. In season though, it bustles with arriving school children and tourists intent on wielding blacksmith hammers, and exploring shops with candles, puppets, books, and whatever, a drug store displaying the wonders of 1850s health tonics, as well as restaurants, and hotels with Frontier-Victorian charm.

On an earlier trip, I had the pleasure of a ride on a Hollywood-authentic railroad in Railtown 1897 in nearby Jamestown, which I recognized from my childhood watching silly shows like Petticoat Junction. Both of these historic state parks are a worthy visit for everyone, while not necessarily academic recreations of the entire scope of issues the region suffered from having thousands of miners descend upon the “Southern Mines” to extract what profits they could from the land.

We felt blessed to encounter the wild sites and sounds and living history of Tuolumne County, and can’t wait to get back there.

Jack Eidt is Founder and Publisher of WilderUtopia, a media project dedicated to the question of Earth sustainability, illuminating society-level solutions to environmental, community, economic, transportation and energy needs. He is Executive Producer of the weekly podcast/broadcast EcoJustice Radio, featured on KPFK Los Angeles and KPFT in Houston. He is an urban planner and designer, environmental journalist, and sustainability advocate, as well as award-winning fiction writer. In addition to regular articles on his culture blog, he has published opinion/editorials in the Los Angeles Times, Orange County Register, EcoWatch, CommonDreams, Voice of OC, LA Progressive, CityWatch LA, Win:Win Journal, and CounterPunch. He has been featured on Los Angeles television news, Pacifica Radio, and NPR. His fiction is published in two anthologies by Borda Books, and on the Santa Barbara Literary Journal.
Author's Archive
#