Chris has published hundreds of articles and thousands of images in dozens of magazines on six continents. Assignments have led him across the Moroccan Sahara on camels with Sahrawi nomads, through the jungles of Venezuela and Cambodia, and into the Kenyan bush with anti-poaching patrols. In 2013 he was part of the four-member Expeditions 7 team that crossed Antarctica from Novolazarevskya to the Ross Ice Shelf. In addition to being Editor-in-Chief of Overland Journal, his work has been featured in U.S. publications such as Cigar Aficionado, National Geographic Adventure, California Sportsman, American Way, Heartland USA, Motor Trend, and Hot Rod, and commercial photography clients range from auto manufacturers to non-profits. His comfort zone, and the place where he does his best work, is on the path less traveled. When not behind the camera Chris can be found on The Office (his sailboat), or undertaking meticulous “research” in locales such as Tequila, Mexico.
Author's Website 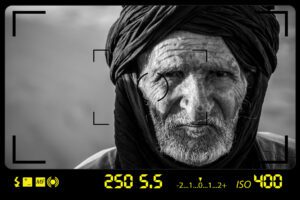 Expand your inner creative with black and white photography. 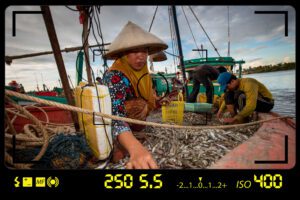 Documentary Photography
Penning the chapters of a journey with your camera.